These Architectural photographs were commissioned by Edinburgh University to document the finished University Quad in 2011. The quad was never finished to the original specification until this date.

This is taken from the Wikipedia page which can be viewed here:

"In 1789 subscriptions were raised to fund a new university building in Edinburgh to a plan prepared by Robert Adam, to replace an existing collection of dilapidated buildings of the University. The foundation stone was laid in November of that year for what was proposed as a building with a "First Court", giving access to professor's lodgings, followed by a Great Court, around which the main academic halls and lecture rooms would be arranged. By the end of 1791 several apartments were in use, but in the following year the death of Robert Adam and the outbreak of the Napoleonic Wars and the imposition of income tax slowed, then halted progress.

In 1815 further funds were raised, and work recommenced. Plans were submitted by nine architects showing their proposals to continue the design work, with the outcome that William Henry Playfair was appointed architect in 1817. Playfair's design clove close to Adam's but combined the two courts into a single large quadrangle. By 1827 the building was virtually complete with the exception of fitting out the library, and construction of a dome which Adam had proposed at the east end of the building. This was left out as a cost saving, and the work was completed about four years later. The dome was added in 1887, to a design by Sir Robert Rowand Anderson, and funded by a donation from Gorgie industrialist and politician, Robert Cox. The gilded statue of Youth which crowns the dome is by John Hutchison.[1]" 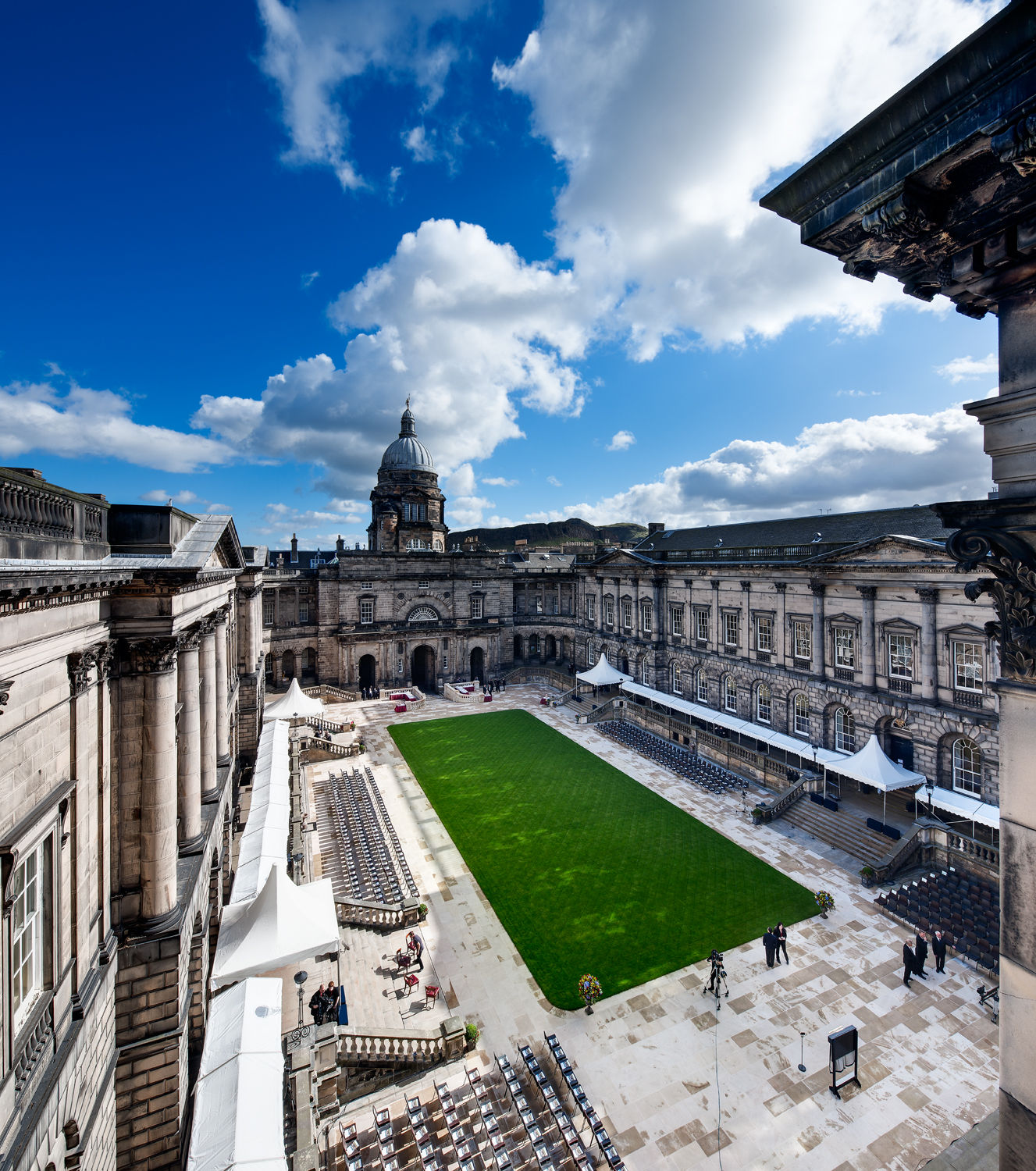 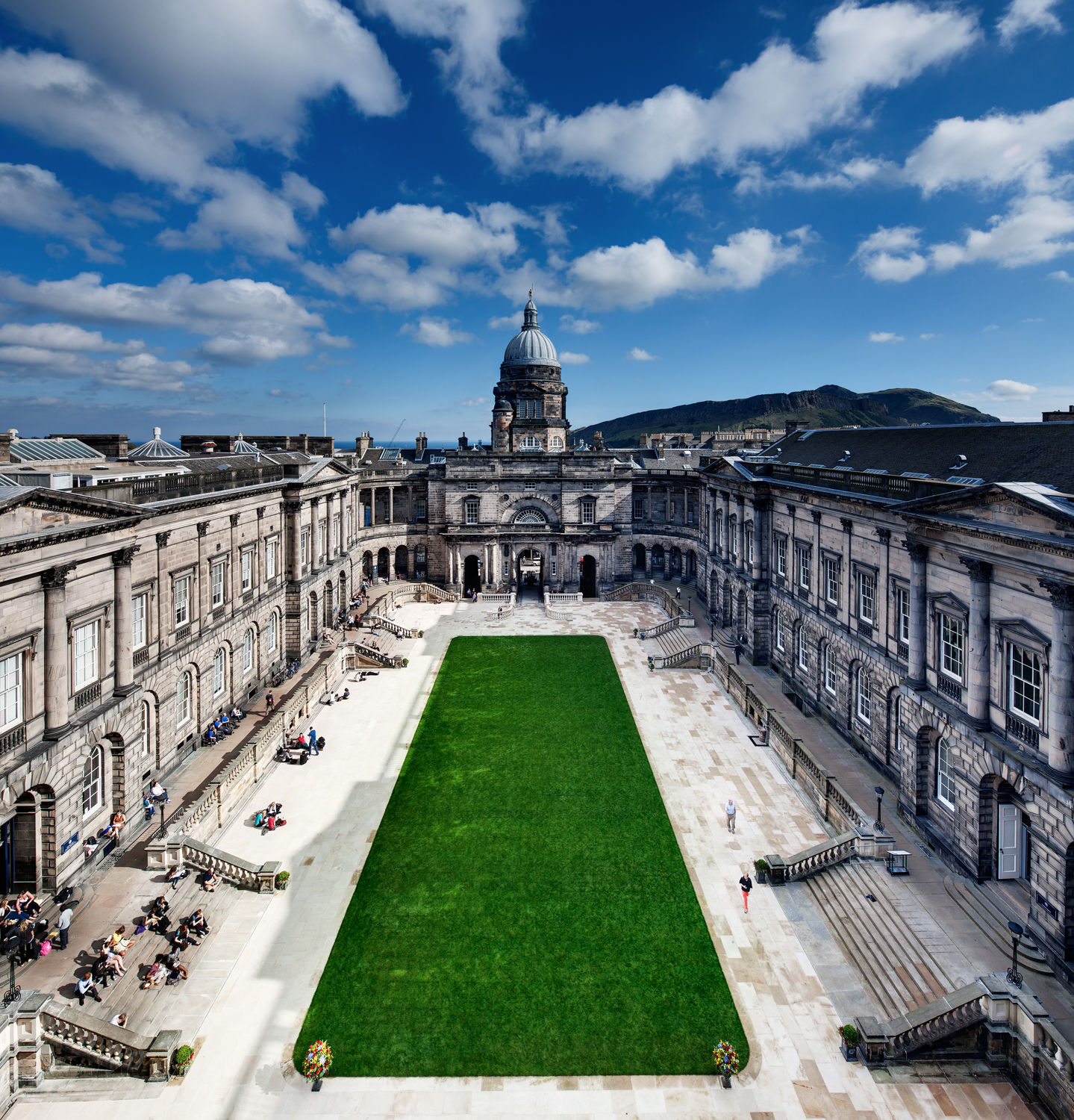 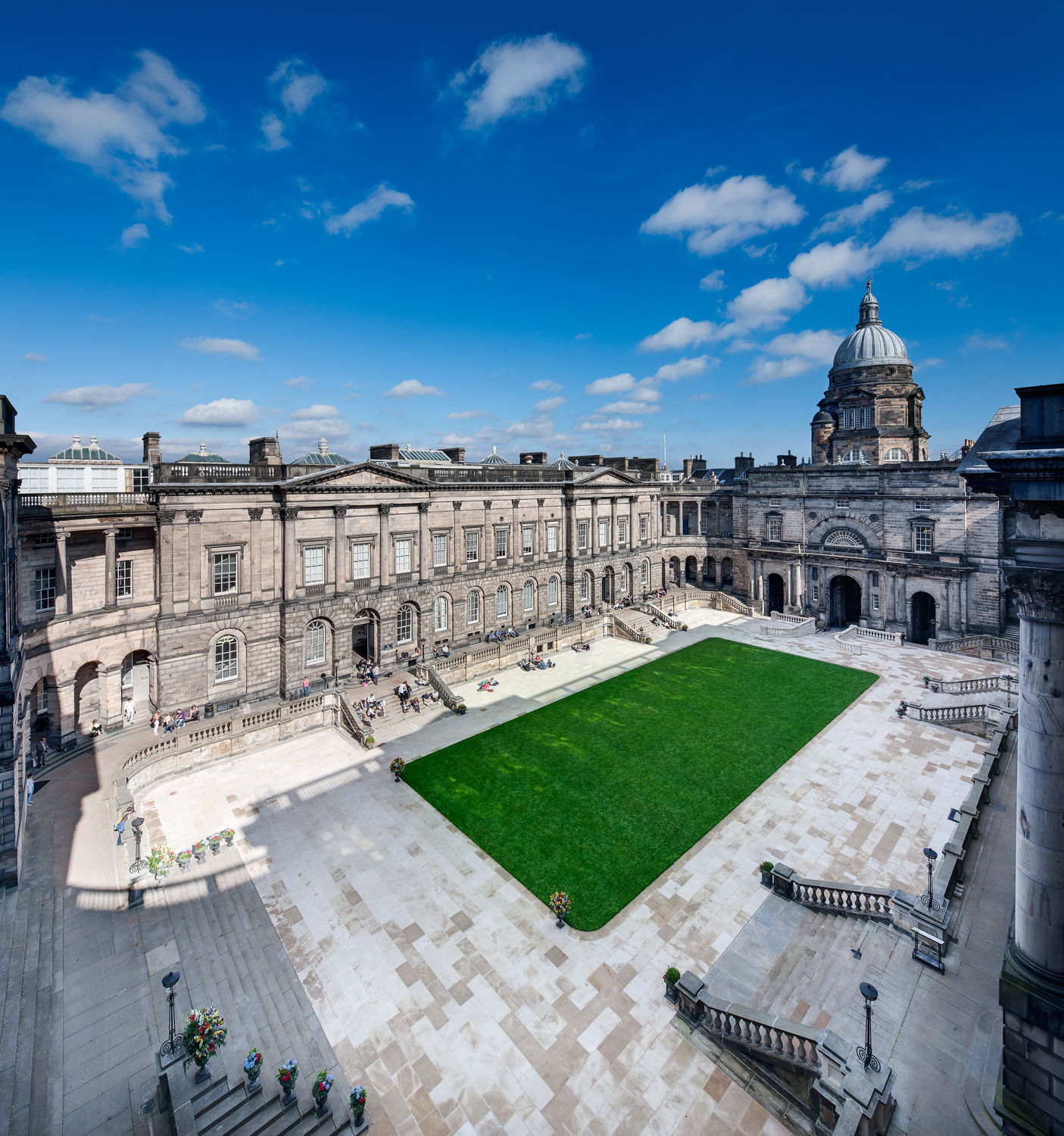 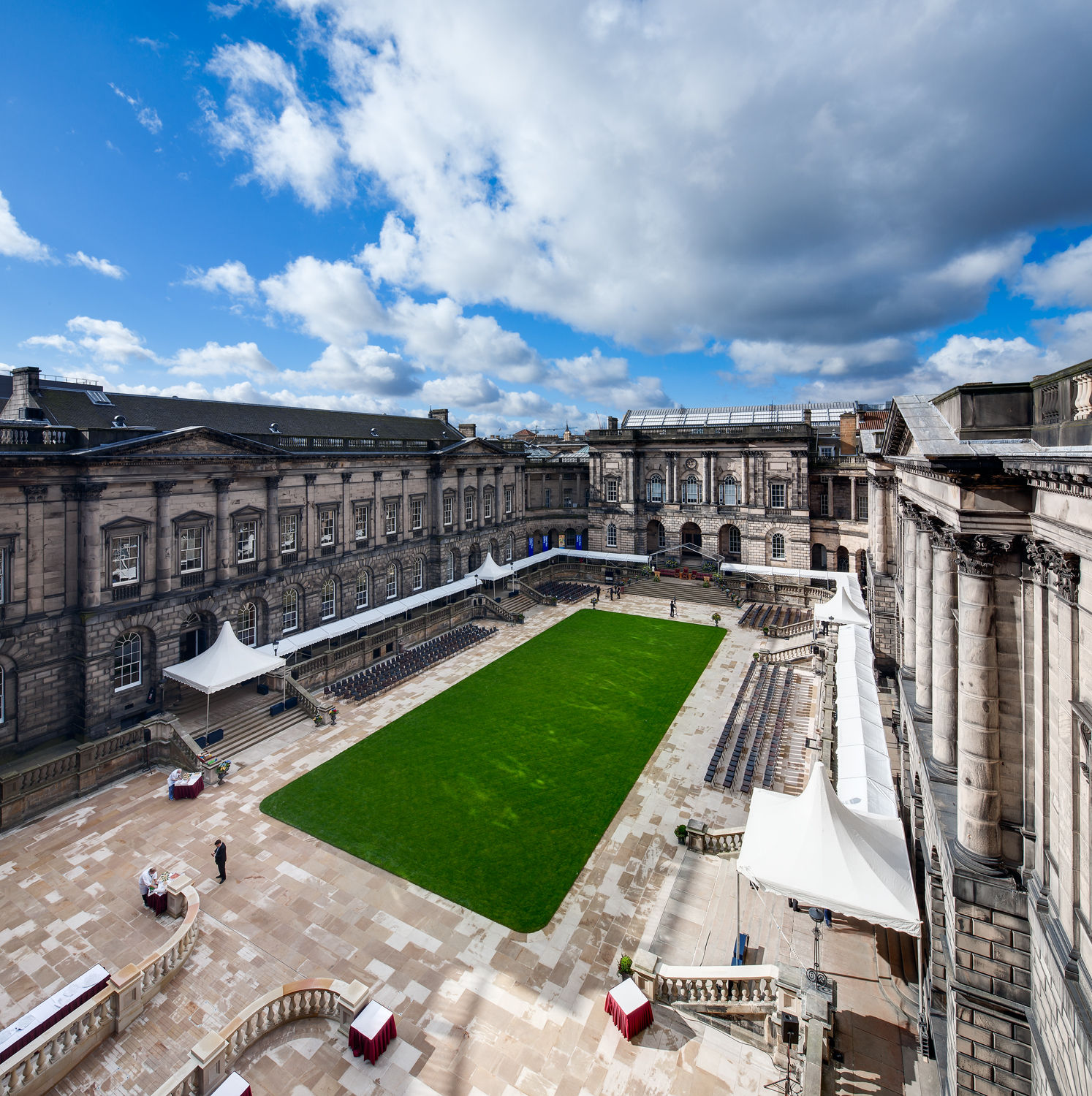