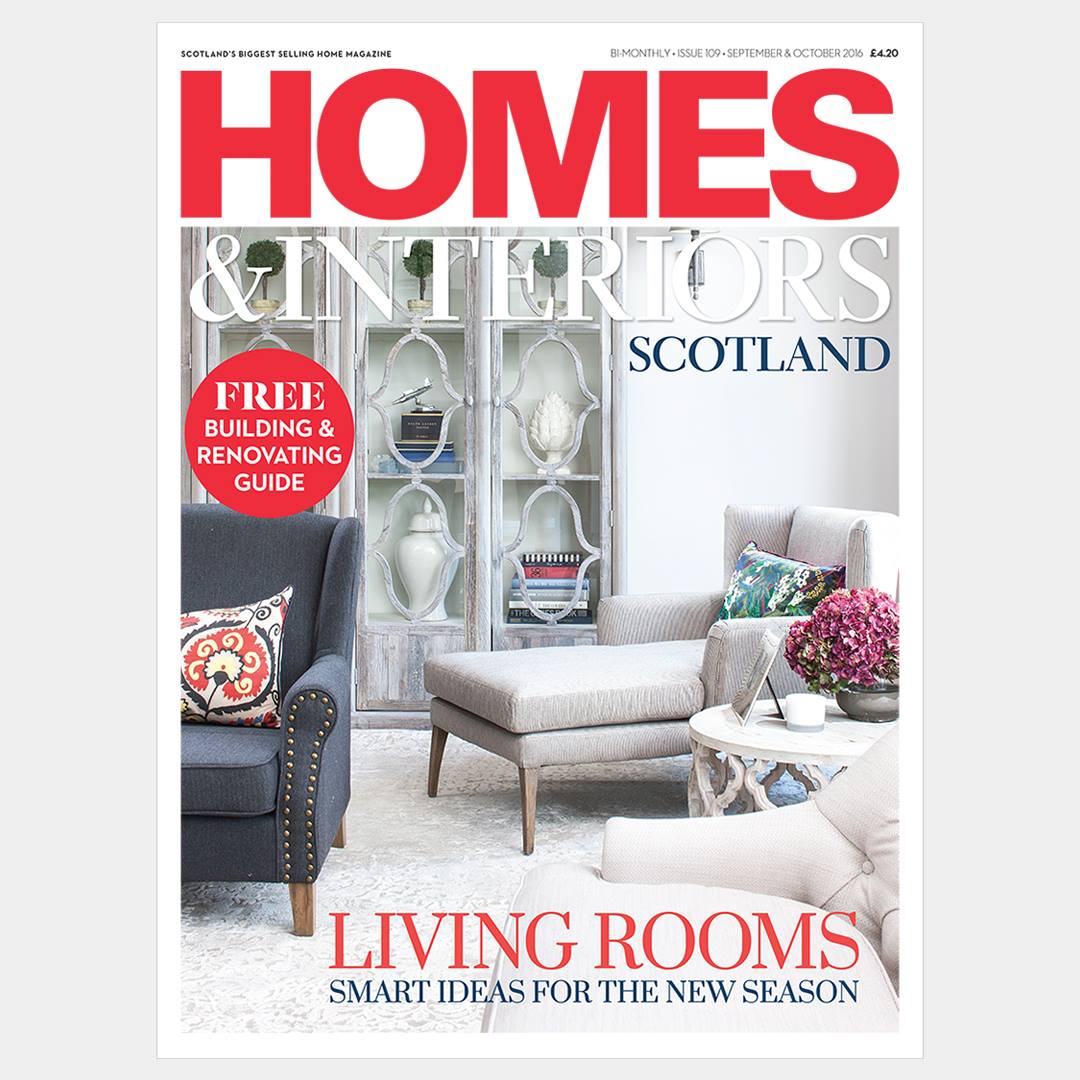 Very pleased to have yet another front cover on issue 109 of Homes & Interiors Scotland. Bagging a front cover in the middle of a big interiors shoot like this is pretty tough, especially if you've not got a great deal of time to play with. It's a team effort as well, without an art director on board to help style and stage the shot, there's no way I could photograph a house of this scope without it taking a few days. As ever the editor Gillian Welsh was on board to take care of that side of the shot. Shots like this quite often take the most time, we have to consider carefully how the furniture is placed in the shot to allow for text if required, but above all the shot has to work, it has to look good. We spent some time shooting a myriad of variations so we had plenty to work with when it came to laying the cover out. At this point it's out of my hands. Here's a quick look at the set up used for the shot. 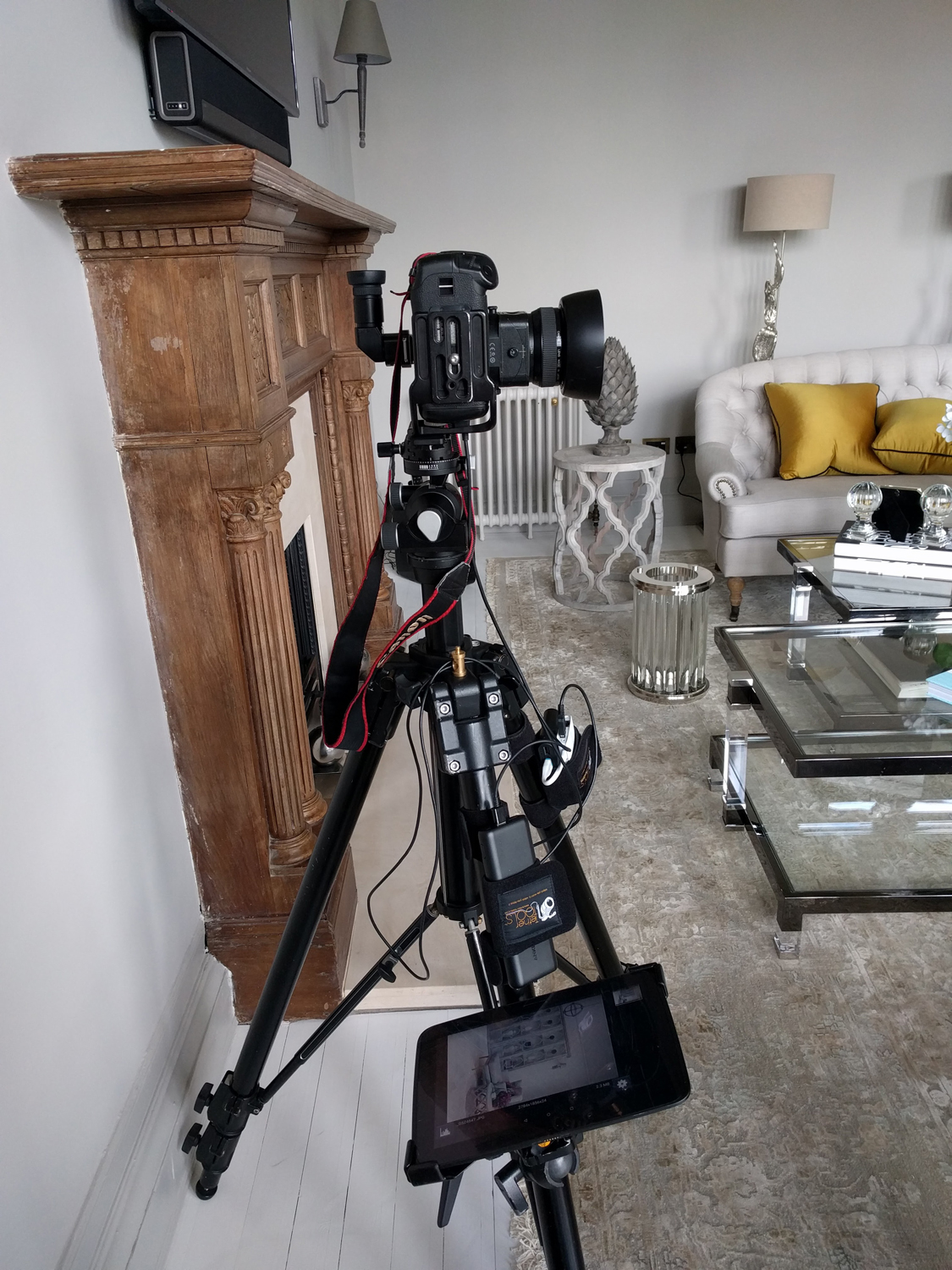 Keeping the scale of the room was crucial, which meant no wide angle lenses. More and more I'm finding myself attracted to the TS-E 45mm shift lens. it was made for this work. If the room is big enough, this is the lens to use, it flatters the actual scale very nicely, even more so if you shift the lens full rise and fall and stitch the resulting shots together to widen the angle of view without distorting the scale. It's the only way to work with interiors on a 35mm system. Here's a shot that demonstrates that actual method perfectly. 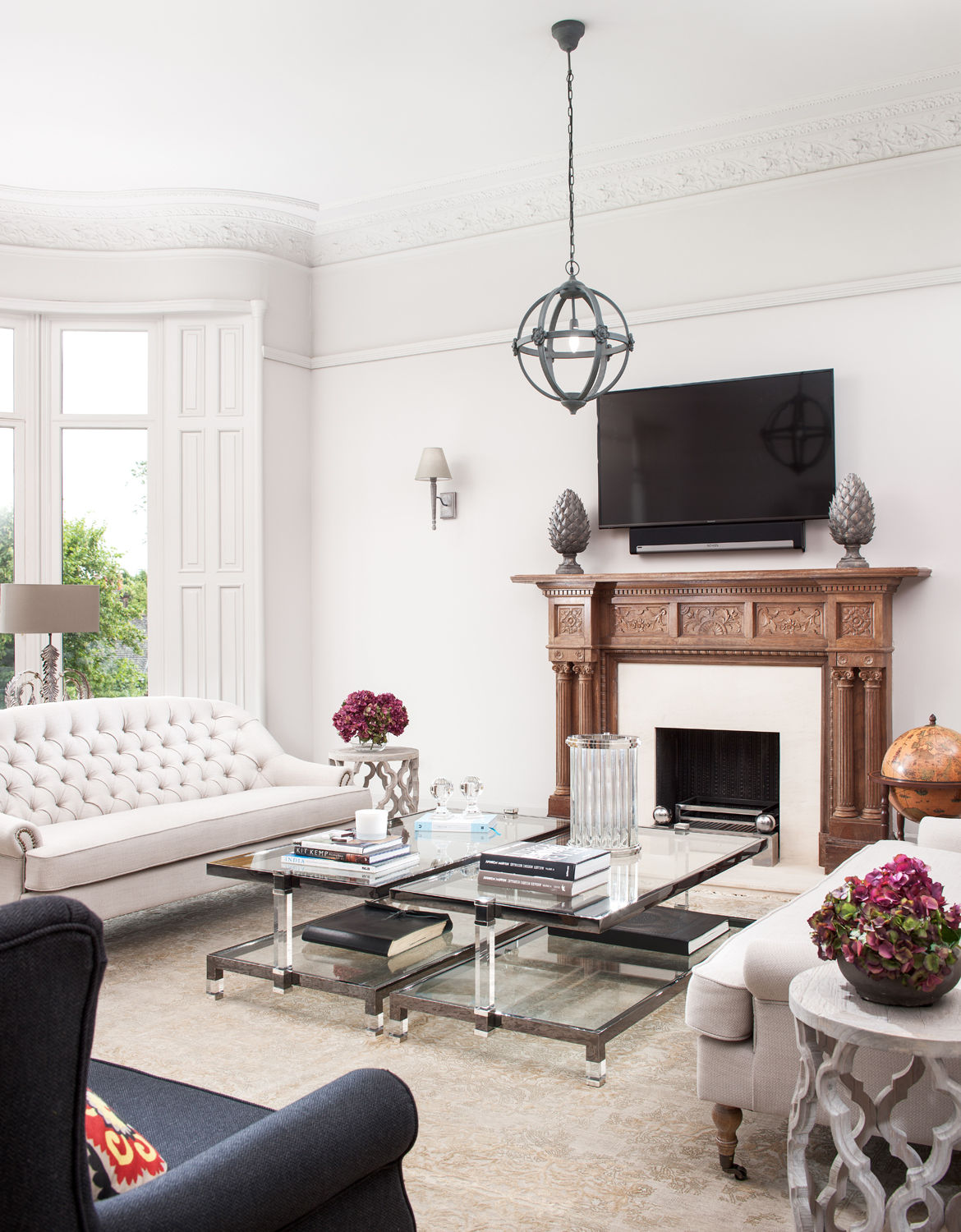 Ideally I'd like to go medium format, and that's not off the cards just yet, the new Hasselblad X1D will apparently be compatible with their HTS 1.5 which is very interesting indeed considering the price point of the camera, granted the cost of the lenses required might be an issue, as well as the 1.5x increase in focal length, but it's something I'm going to be looking at all the same. Getting off topic, dreams aside, you'll notice how far back we've had to push the tripod to get the shot. The angle viewer was a real neck saver with the tripod at that height, if you're shooting for 10/12 hours it's the small things like this that can make you're day a lot easier. We tried the TS-E 24 mk2 but the distortion on the couch at close quarters was fairly unsightly, here's a couple of shots showing the difference between a shot stitched with the 24mm shift lens and the 45mm shift lens. 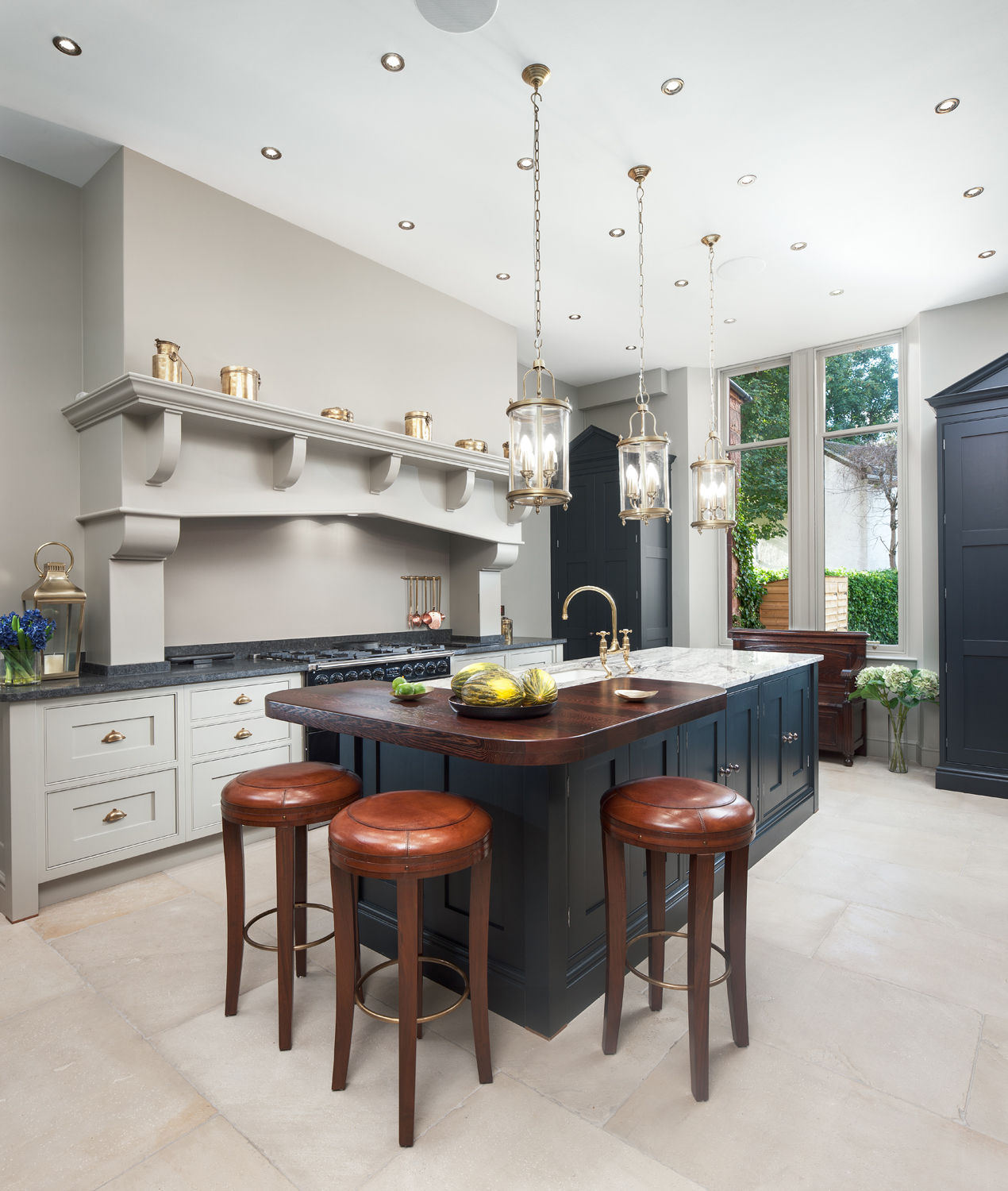 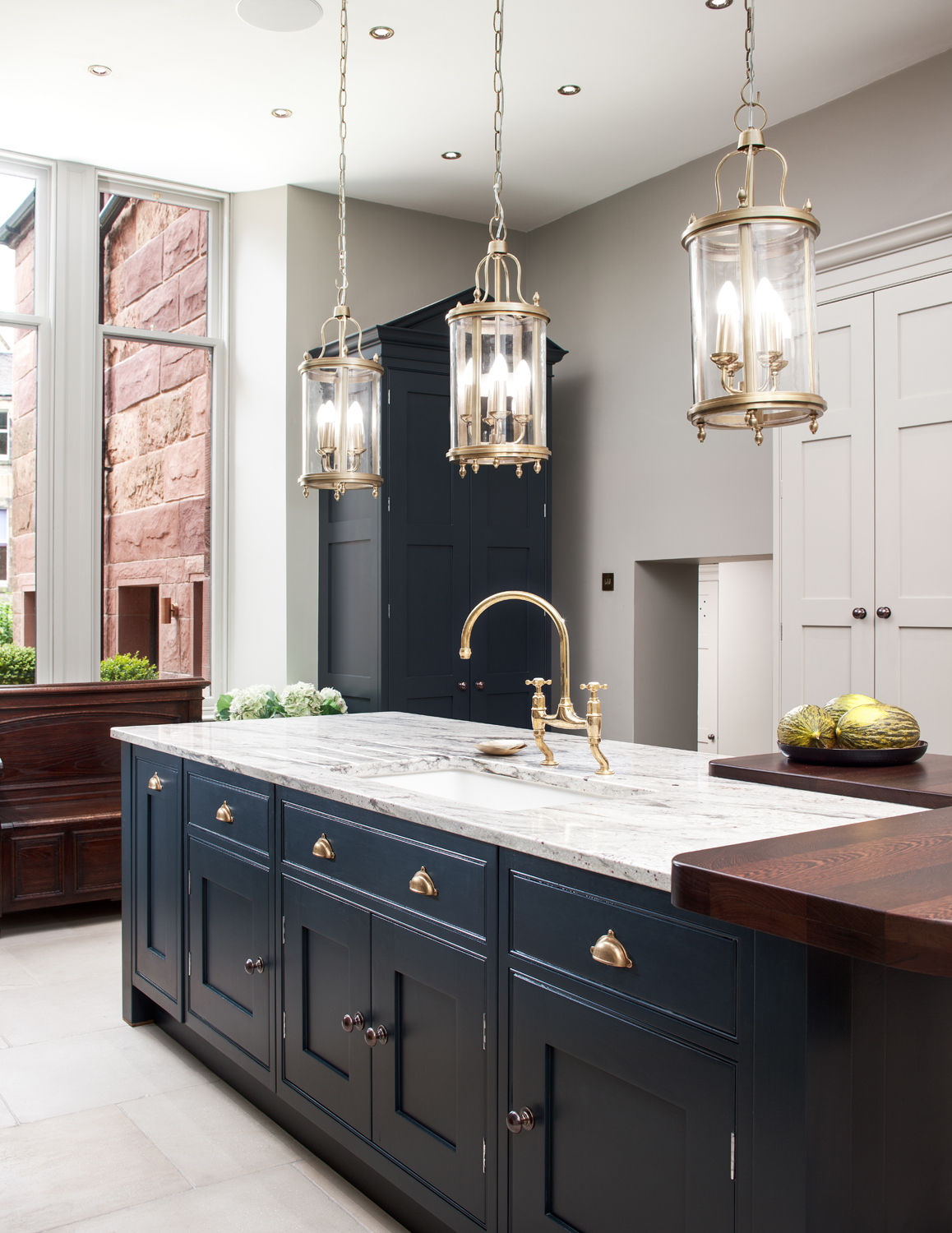 As much as the top 24mm shot is great for context and shows the kitchen as a whole, I much prefer the proportions on the bottom 45mm shot. Both of these shots were for the same article, impeccably styled once again by Gill. We were hunting for a potential front cover in this kitchen as well, but couldn't find anything that was going to work as well as the drawing room. Here's Gill in action scoping the composition. 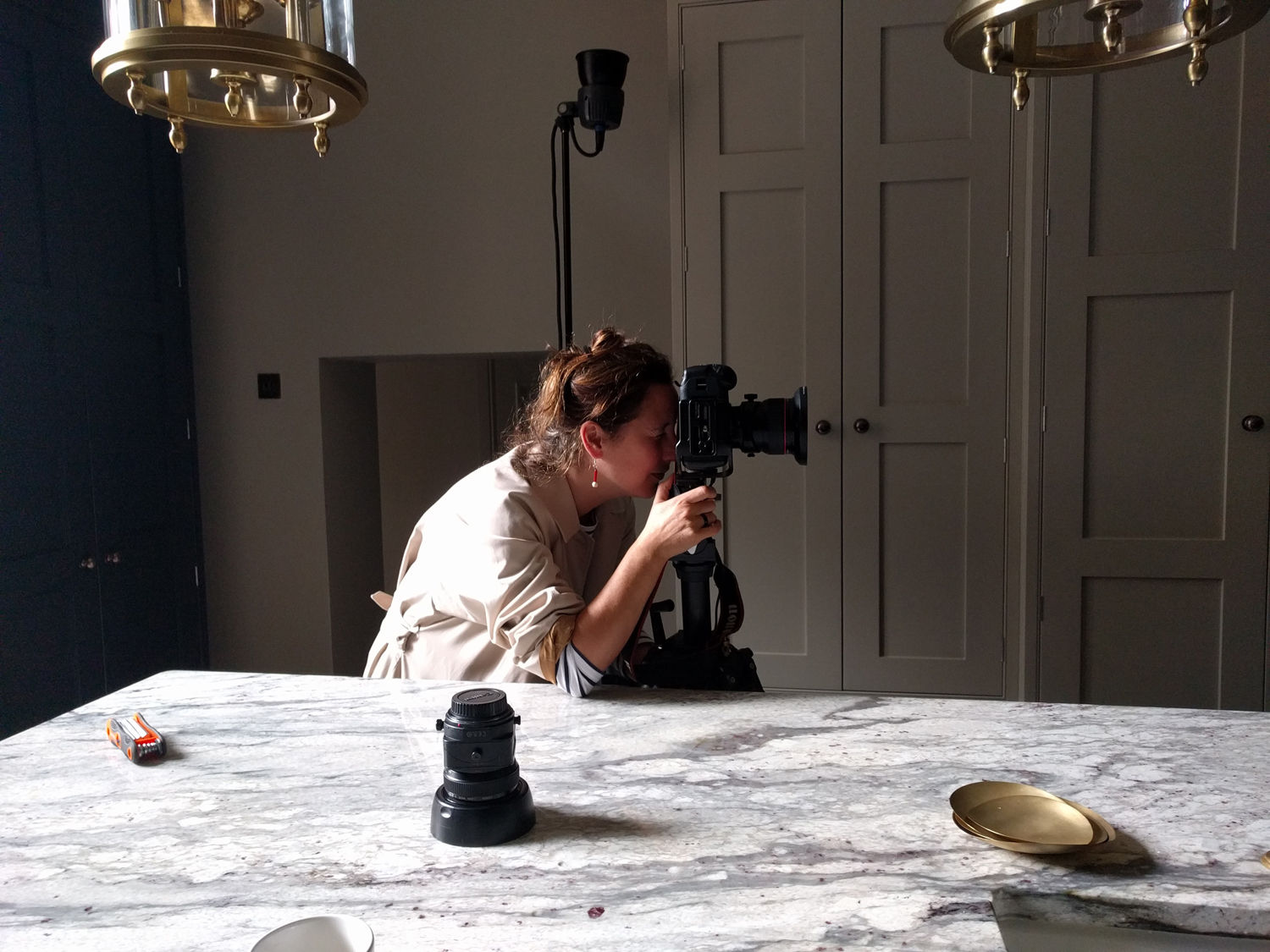 Not something we always agree on, most of the time we meet in the middle though, shoots would be pretty dull otherwise. It's good having another set of eyes on board, it can push you to look at things a different way, challenging each other on this is healthy. There was a great amount of work involved in both the styling and camera/lighting side for these kitchen shots as well, not to mention the post-production. For the cover shot a total of 118 RAW files are sitting in the job folder, a good deal of which are useless, not all of them though, many variations on the theme, this is what it takes to get the shot that works for the cover though. A good deal of the other shots would have worked as well, but then it's down to taste and feel. Luckily we had an extra day back at this location, and despite thinking we'd bagged the cover on the first day, after a quick layout Gill decided we had to shoot it again.

Trying to second guess choices like this when you're working on your own for a client can be extremely taxing, especially where variations on the theme are required, you cold literally spend a whole day making one photograph. I quite often do work on my own, and have no issues with that, but there are times where teamwork is required. which is no bad thing. I'm a people person at the end of the day, communication is such a huge part of what I do.